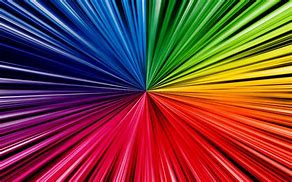 Henry E (RED) Irwin – found his HERO within! How did he survive burns of 700 degrees Celsius?

By Mario Calanna13 November 2021No Comments

On April 12th 1945 Red Erwin’s life changed forever. Red was the radio operator on board a B29 bomber.

At 2 am Red and his crew assembled for what would be the biggest mission they had ever attempted against Japan. A round trip of 4800 kilometres. Their target was a chemical plant 200 kilometres north of Tokyo – a great strategic target for the war effort at that time..

Red’s “Super Fortress” was the lead pathfinder for a league of 85 B29 fighter bombers.

When they arrived near the coast of Japan they were peppered by exploding shells which lit up the sky. Now once the B29s are committed to a flight path there is very little they can do to change course. So they just had to continue straight toward their target – no matter what. Survival was a game of chance.

As Red’s plane approached their target area at 9.30 in the morning – the sun illuminated the horizon.

Following normal attack procedure Red prepared to throw a series of multi coloured grenades and one white phosphorus bomb through a 3 and half foot shoot in the bomber’s hull – located close to the radio operator’s desk.

These would be the guide markers for the other planes to assemble before dropping their bombs on the target. The flares allowed the spread out planes – to form into the attack mode.

This was the job Red had done many times before in training and in combat.

Firstly Red dropped the smoke grenades through the shoot – one at a time – then him he picked up the steel canister containing the explosive white phosphorus – carefully puling the fuse that set the 6 second timer – and then dropped it through the shoot.

Red was bare armed and bare headed and wore a flotation device over his shirt. The phosphorus bomb was supposed to drop several 100 feet and then detonate into a large bright shower of multi-coloured flares to mark the rally point.

The phosphorus burned at over 537 degrees Celsius and produced a spectacular explosion to be seen for hundreds of miles.

But something went terribly wrong. Red pulled the pin, released the bomb into the shoot. But the fuse malfunctioned and ignited the phosphorus prematurely.

The canister flew back up the shoot and into Red’s face – blinding him, searing off one ear and obliterating his nose. Phosphorus blanketed his upper body with a sticky coating of phosphorus – burning now at at over 700 degrees Celsius. His face, hair and arms were on fire and his eyes were blinded.

The bomb canister flipped around the plane floor churning out billows of fire and white phosphorus. White and yellow smoke quickly filled the aircraft – making it impossible for his pilot to see his instrument panel.

The plane was out of control and began to tumble toward the Pacific Ocean at a 60 degree angle.

Through a tidal wave of pain, Red’s mind focused on two imminent second catastrophes – the plane was on a path to slamming into the Pacific, break apart and sink and before that would happen a phosphorus canister could easily burn through the floor of the plane and ignite the bomb load of the plane and set off a specular series of explosions that could include all the bomber formation that was behind him.

Either way everyone on the plane was doomed. There was theoretically only one way out of this predicament.

But it would seem humanly impossible!!

Red now blind and on fire – swept to his knees – flooded his arms around the deck frantically trying to find his way to the bomb.

TEN seconds elapsed. Red found the spewing bomb, picked it up with his bare hands, crawled around the gun turret and headed toward the co-pilot’s window. His face and arms were covered with ignited phosphorus and his path was blocked by the navigator’s table – which was hinged to the wall, down and locked in place as the navigator had left his table to make a sighting.

Red held the canister with one arm and released the table – as the phosphorus burnt his flesh through to his rib bones.

His body on fire! He stumbled into the cockpit and managed to throw the bomb out of the co-pilot’s window. Completely covered in flames – he fell back onto the floor and collapsed between the pilot seats.

The smoke cleared enough for the pilot to pull the B29 out of the dive at only 300 feet above the water.

Red’s gallantry and heroism above and beyond the call of duty – saved the lives of his comrades. His crew members extinguished the flames, removed his burning clothes and administered first-aid. His wounds were uncovered phosphorous continued to smoulder in his skin – when exposed to any oxygen.

Although in extreme pain, Red remained conscious throughout the ordeal – and enquired only about the safety of the crew.

While in hospital the doctors expected him to die at any minute.

President Truman quickly ordered Red be given the Medal of Honor before the young airman died of his wounds. There was just one problem – no medals were readily available. However desperation does usually finds a solution and a Medal of Honor was duly found for Red.

Miraculously Red survived his burns. He was flown back to the USA and after 30 months and 40 operations his eye sight was restored and he regained the use of one arm.

His grandson finally asked his grandfather:

“How does a man embrace and carry a phosphorus bomb burning at over 1000 degrees?”

“How did you decide in an instant to sacrifice yourself?”

“It is not a choice – at least not a conscious one. You don’t have the time to make a decision. You just do it. You love the men beside you. You’ll do anything to save them” – Henry E Erwin

Whatever is manifested in your character is what leads to these acts. Heroism is not born in a moment but in the lifetime leading up to that moment. Whatever is in the character of someone – manifests itself in moments of extreme pressure and acts of courage.

We build our character and habits day by day -Chisel mark by chisel mark – Action by action – Thought by thought.

A hero is a seemingly an ordinary person put into a pressure situation. And depending on his or her character chooses to step up and take action – to be a hero – or not to be a hero.

Red died at the age of 80 after serving his community for nearly 40 years counselling burn victims.

I wonder who will tell our hero’s story after we pass on?

Character is built day by day by our actions, words and expressions of respect, kindness, listening, helping, generosity, empathy. Giving people our “TIME”

We each have a HERO inside. We don’t need to look for one.

Our Hero – our Greatness – is the sum of our associations, what we listen to, read and watch. It includes our ideas, our attitude to life, our self-belief and the limits we place on ourselves.

Who is the person looking back at you in the mirror every day?

Are you providing the nourishment to see a HERO or a VICTIM inside?