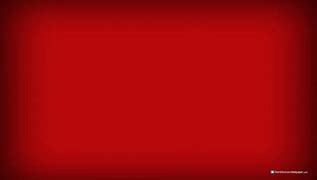 By Mario Calanna30 October 2021No Comments

Webster dictionary says: “Grit is firmness of character and an indomitable spirit”

Some basic characteristics of GRIT are:

Consistency and perseverance are my two favourite concepts in self-improvement. Starting something new is relatively easy, but sticking to that thing for a number of years to start seeing some results is a different story.

“Grit: The Power of Passion and Perseverance” by Angela Duckworth confirms the idea that there’s value in sticking to things and becoming a determined and resilient high achiever.

THE FOUR PILLARS OF GRIT:

A Growth or Abundant Mindset is a belief that your basic level of intelligence and ability is just a starting point which can be improved over time through practice. This is a HERO mindset/attitude.

A Fixed or Scarcity Mindset is the belief that you’re stuck with the level of intelligence and ability that you’re born with, and no amount of practice or new knowledge can change this. This is a VICTIM mindset/attitude.

We all have limitless potential if we will only persevere despite numerous setbacks, failures, laziness and distractions.

What would you rather have – Intelligence or Grit?

Just have a think for a moment – there are a lot of really smart people on this planet. Many of whom are broke, lonely, despondent, lost, illogical and wandering aimlessly in life.

The common trait of most high achievers is not intelligence, degrees, positions or even savviness.

The most important trait of achievers is most commonly GRIT.

The University of Pennsylvania defined GRIT as perseverance and passion for long term goals.

It found that GRIT has a better predictability for success than IQ.

GRIT is actually a measure of Emotional Intelligence and Wellbeing.

Gritty people tend to stick to their goals – despite numerous setbacks and distractions.

Anyone can become GRITTY. It is an inside job.

Grit comes from within and none of us are precluded from building this Character attribute.

It doesn’t matter what your family life, whether you come from the other side of the track, a good wealthy neighbourhood or a poor one. If you have an impressive degree and school record or if you dropped out of high school. Or if you are good looking, fit, strong OR not.

Grit gives you limitless potential – if you will only persevere despite the obstructions and road blocks your Hairy Harry and Life puts in your way.

With GRIT – there is virtually nothing you cannot conquer

So decide to be gritty – your Intelligence, skills, talents, experience will be focused through your GRIT to help you achieve success

WHAT are you working on today that will demonstrate this unwavering resolve to stick to your goal and do – Until you succeed?

What will you bring your firmness of character and your indominable force TO ACHIEVE?

“Don’t wish it was easier – wish you were better”

“How long should you try… Until … you succeed, you win or you finish”