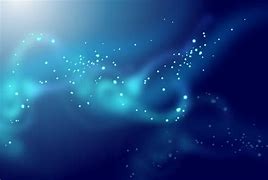 Sobriety gives you Freedom to live a Good Life

By Mario Calanna20 June 2021No Comments

“Freedom consists not in doing what we like, but having the right to do as we ought’

Sobriety can be defined as:

In our present society, sobriety is often depicted as a negative, as “the end of the world”, with our lives over, in such a state that we’ll never have fun again. Sobriety requires delayed gratification,  discipline, and the formation of a new beneficial habit – all of which appear not to be currently trendy. Perhaps you won’t even hear the term used at all in modern parlance.

Sobriety is a virtue. It is not often spoken about, or covered by the media, Facebook, Twitter and the like. I have not heard it referred to in government policies, or in expert advice aimed at improving a person’s lifestyle.

Why is this so? Maybe it is because:

Our economy is based on consumption; and if sobriety was shown to be “cool”, and dare I say, virtuous, maybe there is a fear that some businesses would not be viable. Perhaps less alcohol would be sold, perhaps fewer drugs would be ingested or perhaps reality TV shows would disappear.

In the new age of freedom, of “If it feels right, do it”, we seem to be becoming less responsible for what we imbibe, and consequently less accountable for our actions. Sure, there is jail and fines, and much money is spent on law enforcement and screening for drunk and drug-affected drivers; funds are used to find meth labs and cannabis plantations; yet, ultimately, despite some forms of meagre punishment and at huge public cost, no real attempts are made to determine why more and more people are using and becoming dependent on drugs.

By valuing the virtue of sobriety, we would need to “buck the trend”. We would need to feel some discomfort, some pain and a very strong desire to be in charge of our lives, to be responsible for our health and for becoming the best version of ourselves.

Our present conventional wisdom, although held with the best of good intentions, tends to pity people, to want us to feel sorry for them and to “go easy on them”, because of their poor upbringing, or poor family life; we are also shackled by political correctness, not to be too harsh or “bossy”.

Yet, the notion of acquiring a virtue and forming a better-disciplined life means putting up with some pain or some discomfort, and giving up something we want to do, so as to achieve something better.

Here are ten things that sobriety is not:

We all have bad habits and behaviours and use bad language from time to time. Sobriety teaches us to be patient and to honour delayed gratification. It is a commitment to honesty, to faith, and to working through a lot of pain and discomfort.

Sobriety requires facing yourself head-on. It requires dedication and time. This is what peer pressure often deters you from doing.

Gradually, day by day, our subconscious hears these opinions, and they become our truths, our opinions, unless we dare to question them.

I implore you to consider Sobriety and use the questions – Who, What, Why, When, Where, Who and How – to determine your own truths and find your own Freedom.