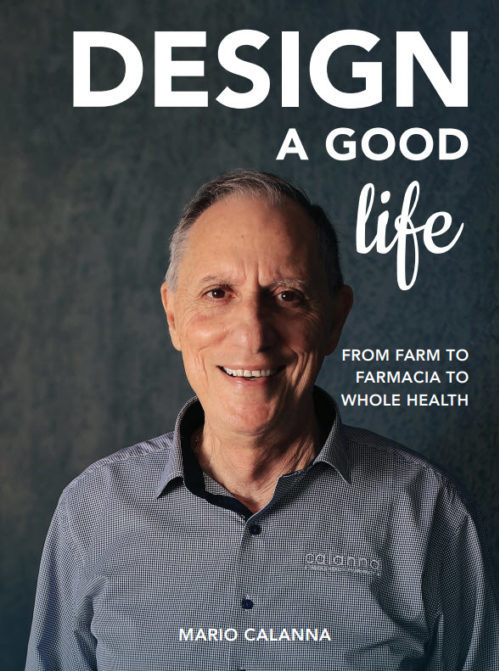 How to Design a Good Life from Jabiru Publishing

Mario Calanna’s new book, “Design a Good Life”, has just been released by Jabiru Publishing. Mario is a well-known and well-respected Cairns pharmacist who has a chain of pharmacies in north and south-east Queensland.

Mario’s father migrated from Italy to Cairns and bought a sugar cane farm, beginning the Calanna story in Australia. When Mario decided to become a pharmacist, his father began to divide the family farm. A medical centre and pharmacy were built on the cane farm, and thus began the story of Calanna Pharmacies, now known as Calanna Whole Health Pharmacies.

In addition to fascinating glimpses into life in earlier Cairns, Mario’s book also contains his personal philosophy and includes a great deal of valuable advice about how to create a life that is the best that a person can make. Mario’s philosophy is reflected in the way he has built his business and his reputation by focusing on helping and guiding people so that they can improve their health, their lifestyle and their mindset. Despite changes in the economy and society over the years, the Calanna focus has always been on its people and its customers.